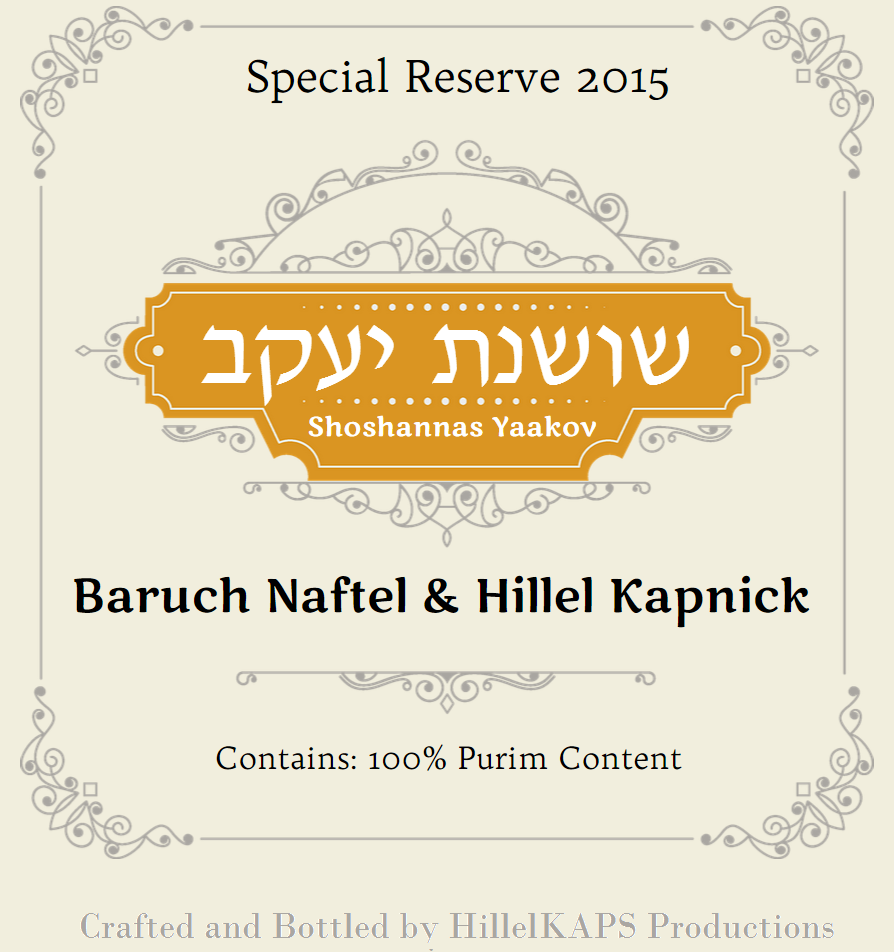 Every Yom Tov has it’s signature song.
Pesach has Dayeinu
Chanuka has Maoz Tzur
and Purim has Shoshannas Yaakov!
Just in time for Purim we are treated to a new single by Hillel Kapnick and fresh recording artist Baruch Naftel. While working on this track, Hillel decided that the production would benefit greatly from a collaboration with a second vocalist. While considering many singers for this project the obvious choice was co-composer and talented vocalist Baruch Naftel. Although you may have seen Baruch and Hillel performing together at many simchas, this is the first single they are releasing as a team. While you may think that one collaboration would be enough, well known Jewish Musician Aryeh Kunstler also plays a role performing the backing vocals throughout the track.
Credits:
Produced By: HillelKAPS Productions – www.HillelKaps.com
Arranged By: Duvi & Moishy Moseson
Recorded @ Uptop Studios (Monsey, NY)
Engineered By: Hillel Kapnick
Backing Vocals: Aryeh Kunstler
Backing Vocals Recorded @ Roar Recording (Cedarhurst, NY)
Electric Guitars: Hillel Kapnick
Mixed @ Emes Studios (Philadelphia, PA)
Mixed By: Moshe Siegel